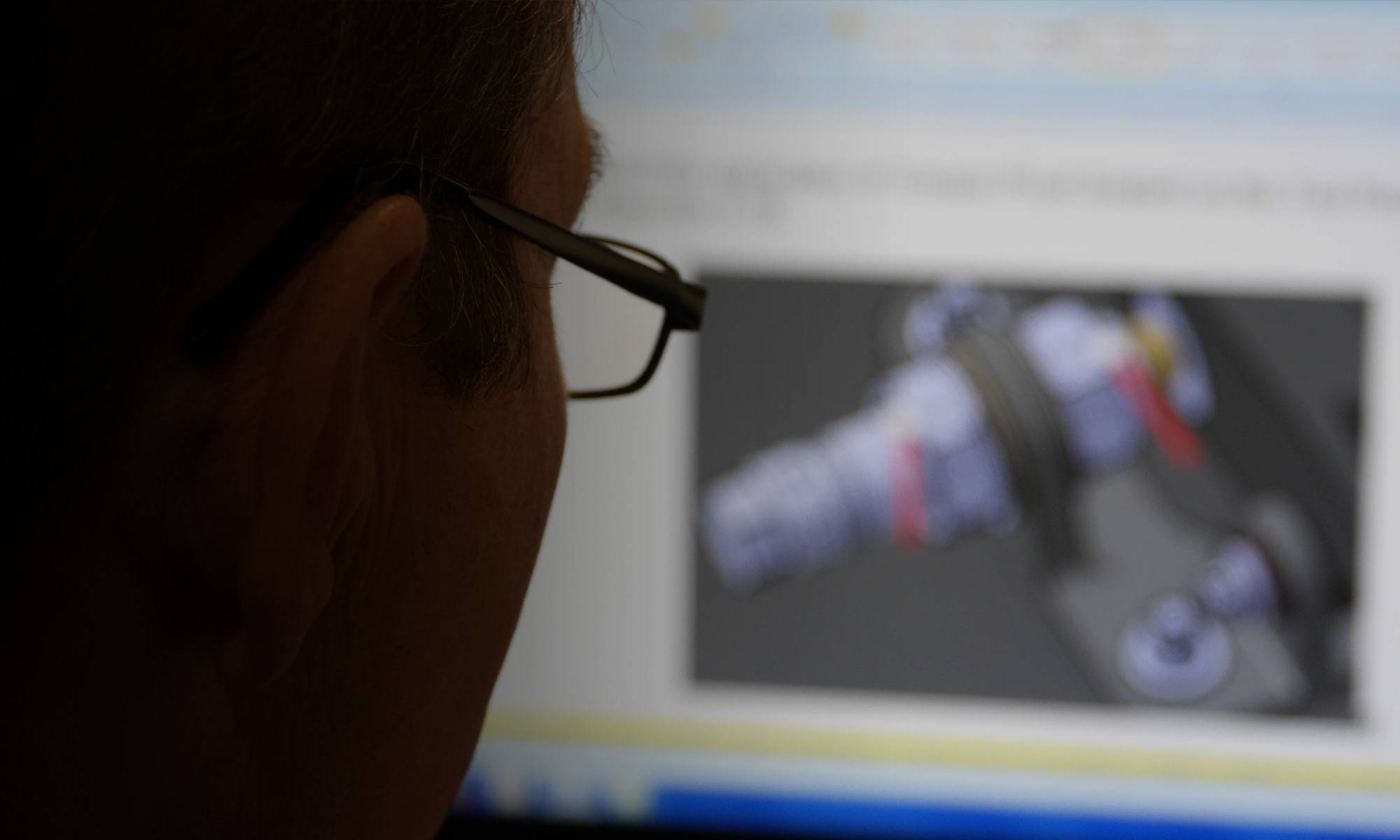 We believe in a strategic collaborative approach with our customers, partners, and alliances, and combined with our proven technical knowledge and expertise, customers are rest assured of our engineering textile solutions.
About Us

We are problem solvers and solution providers, designing and manufacturing engineered textile solutions for the safety and securement needs of the global aerospace and defence markets. We specialise in engineering quality and innovative products that withstand high dynamic stress loads and provide safer, more efficient airframe restraints & barrier solutions, cargo handling & movement systems and RPG protection for armoured vehicles.With manufacturing operations and service facilities around the globe, we have the reach to provide solutions to our customers worldwide.

To be the market leader for cargo and vehicle protection systems worldwide, protecting lives and equipment, creating a business in which we all feel proud and valued.

To grow our business by building strong relationships with our customers by de|ivering exceptional service.
To add value to our customers by developing and innovating world-class products and services.
To create a positive and challenging environment that encourages personal growth and teamwork.

Resulting in employees who are:

AmSafe Bridport’s history and heritage can be traced to the 9th Century when Bridport was established as a fortified Burg by King Alfred. The climate and geology surrounding the town of Bridport proved ideal for the growth of hemp and flax and this created the foundation for an industry which thrives (albeit in a different guise) over a thousand years later. There is evidence in the Doomsday Book that the town prospered well into the 11th century. Even King John ordered “Bridport ropes and cables” presumably for the English raid on King Phillip of Spain’s fleet in 1211. The town was already renowned for its production of ropes, cables and hawsers by the 13th century.

The evidence that Bridport had gained a reputation for producing high quality hemp ropes and yarns is borne out in the granting of its first charter in 1253 by Henry III. The 14th century saw the emergence of hemp merchants who established the industry even further – in particular William Bume whose goods were valued at £9 which included sailcloth, rope, girth webs flax and hemp – the same textiles being used centuries later.

It has been the industry’s ability to adapt to change that, together with the presence of good transport links, has allowed it to survive to the present day.

When the Royal dockyard took over production in the 17th century Bridport soon filled the gap by making lines and nets for the nascent Newfoundland fishery. These soon became the dominant products and were exported all over the world. During this time sailcloth gradually expanded in importance and by the end of the 18th century Bridport and South Somerset were suiting all the revenue boats, packets and Smacks of Great Britain, as well as exporting canvas to the American navy; sails for the Royal Navy came later!

While this protected them during times of trouble it did allow competitors to take some of their traditional trade away, especially after the Second World War. This was countered by making cargo nets for the developing aviation industry. These, over the years, have become the dominant products, with the result that Bridport Gundry came out of its traditional markets all together. This left a
gap in the market which a number of firms stepped in to fill, leading to the formation of a dozen or so firms.

AmSafe Bridport was formed in 1979 from the industrial division of Bridport-Gundry Ltd., a company specialising in the manufacture of nets for various markets including marine, sports and horticulture as well as for aviation and defence.

Through a combination of exceptional internal growth, a few select strategic acquisitions and strides in our capabilities and product development, we have become a world leader in safer, more efficient airframe restraints & barrier solutions, cargo handling & movement solutions and RPG protection for armoured vehicles.

By 1999 the company is largely focused on products for commercial & defence aviation and is sold to the Marmon Group.

In 2000 the Erie facility is acquired in the USA, adding FAA repair station capability.

Further acquisitions adds repair capability for aviation inflatables when the Anaheim site is acquired – increasing the portfolio of existing products and PMAs.

In 2001 a manufacturing facility is constructed and opened in Sri Lanka, then considerably expanded to the current 120,000 plus sq. ft. becoming the principal manufacturing site for Amsafe Bridport.

In 2004 the ownership of the aviation and defence activities transfers to Amsafe Partners Inc. After 7 years of ownership, both companies move to a single ‘AmSafe’ identity.

In 2010, Amsafe Bridport introduces Tarian®, and RPG net armour system, into its product mix, marking a move into a new field of textile safety.

With operation facilities across three continents and approximately 650 people employed worldwide, AmSafe Bridport will continue to bring innovative technology to our customers. We have become a world leader in the design, manufacture and support of highly engineered textile products for the civil aviation and defence markets.

Our management staff is key to making and keeping AmSafe Bridport positioned as the world leader. Together we strive to exceed the expectations of our customers and employees.

Joe Ashton
President
Joe joined AmSafe Bridport from Heath Tecna UK (now Saffran Seats GB) in 2008 where he had held the position of Head of Sales and Marketing EMEA. Joe has over 25 years of experience, working with OEM’s and the Aftermarket, primarily within the commercial and defence aerospace sectors. While at AmSafe Bridport, Joe focused on a variety of sales roles before becoming Business Unit Manager for Cargo. Joe has since held the position of both Sales & Marketing Director, where he oversaw AmSafe Bridport’s Global Sales and Marketing activities, and Director of Operations where he was responsible for three global manufacturing sites. In 2019, Joe became Sales & Marketing Vice President for AmSafe Bridport, before being promoted into the position of company President in September 2021.

Andy Davies
Vice President of Operations
Andy joined AmSafe Bridport in 1996 as a graduate engineer. He has since held a variety of engineering, management and sales roles with the company, including 10 years based at our Sri Lanka facility, and 3 years as a Business Unit Manager. Following 5 years in the role of Director of Engineering, he was promoted to Vice President of Operations in 2020.

Natalie Paul
Vice President of Engineering
Natalie Paul holds a Masters degree in Engineering Physics and joined AmSafe Bridport in 2005 where she undertook roles within both the Defence Cargo and Airframes business units. In 2011, after spending time as a Lead Engineer for the defence side of the business, Natalie became a Lead Engineer and Program Manager for one of AmSafe Bridport’s key defence programs. Shortly after, Natalie became Engineering Manager for the wider Airframes business unit and in 2020, was promoted to Vice President of Engineering.

Lee Stork
Vice President of Financial Reporting
Lee joined AmSafe Bridport in 2013 as Finance Manager – Planning and Analysis. A qualified accountant (ACMA) he began his career with Kerry Foods (manufacturing), as a Finance Graduate, where he spent 10 years and held various Finance positions including Assistant Controller and Project Accountant. Lee had a degree in Accounting and Finance and was promoted to Divisional Controller for Amsafe Bridport in February 2016.

Joanna Kotula
Vice President of Sales and Marketing
Joanna is responsible for leading her function in driving organic growth for AmSafe Bridport. She formulates AmSafe Bridport’s sales strategy and oversees all commercial activities to lay a strong foundation for the company’s long-term competitiveness. Prior to her appointment as VP Sales and Marketing, Joanna held the position of Business Unit Manager, responsible for leading and directing the Airframes Business Unit Team. She has years of progressive experience in Commercial Aerospace and Defence markets, identifying commercial opportunities, developing winning strategies and driving the introduction of new and innovative products. Joanna has a Masters degree in Business from the University of Manchester, Manchester Business School.

Chris Browne
Business Manager – Cargo, Global
Chris joined the AmSafe Bridport in 2015 from Thales as a Senior Project Engineer before being quickly promoted to Engineering Manager. In November 2021, Chris was appointed as the Cargo Business Unit Manager. Chris holds a Masters in Engineering and Business Administration and is a Chartered Engineer and Member of the Institute of Mechanical Engineers. His technical knowledge and previous experience enables Chris to effectively lead the team in finding new opportunities to resolve our customers’ operational challenges. Chris is passionate about sustainability and actively promotes sustainable products in his business.

Amir Tavangari
Amir Joined AmSafe Bridport in 2021 as Business Development Manager and with his experience in different sectors of the aviation industry quickly became Airframe Business Unit Manager. He is a competitive and strategic sales and marketing leader with exemplary negotiation, presentation and communication skills.

His role consists of driving the Airframes Business Unit forward, focusing on growth and innovation and continuing to support our customers in aerospace.