Continuing to recognize the importance of keeping people and cargo safe, Silk Way West has invested in FCC products for transporting volatile cargo such as Li-Ion batteries and related products. By maximising fire safety in freight transportation Silk Way West has kept its options open in the field of DG transportation. The company aims to be 100% covered in all areas of fire containment within the next year. 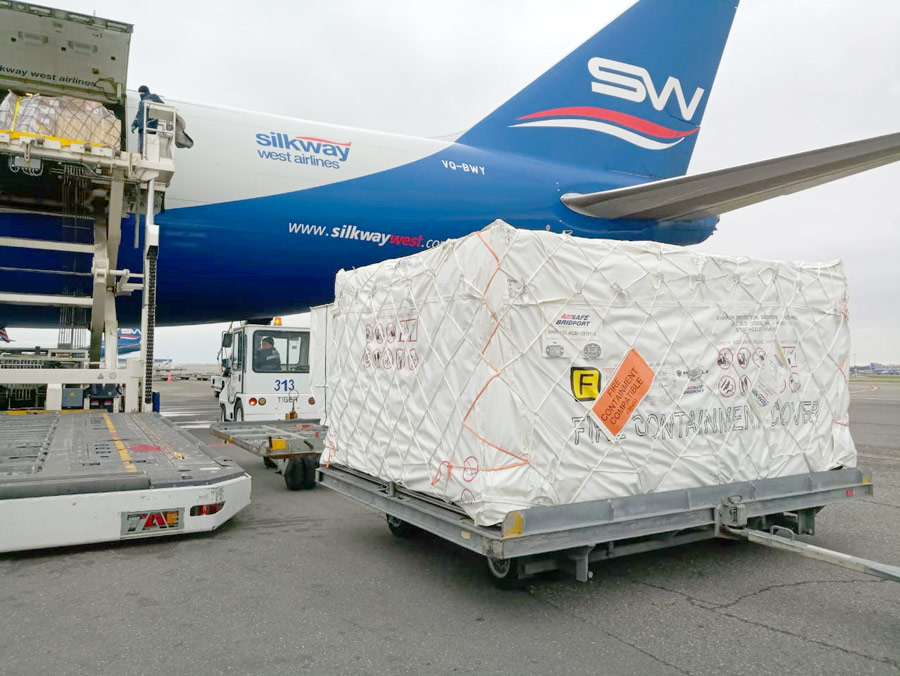 The success of Mantle®’s 2000 Li-Ion battery test by AmSafe Bridport* last year, convinced the Airline that investment in their comprehensive fire containment solution was a responsible step forward in terms of safety for their expanding fleet of Boeing 747-400F and 747-8F aircraft.

“We are spearheading the development, which will be crucial to our future operation as we are seeing a surge of Li-Ion battery content within the cargo volumes we are transporting throughout our global network. Therefore, we have opted for Mantle from AmSafe Bridport to carry on a pioneering role in our industry” – says Wolfgang Meier, CEO Silk Way West Airlines.

For some time now the industry has expressed concern over potential fire hazards when transporting goods such as lithium-ion batteries in aircraft cargo holds. Subsequently, manufacturers and airlines are beginning to take note in the wake of continuing reports of fire incidents and fatal crashes – Silk Way West are ensuring they lead the way in safety.

“We are further investing into cargo and flight safety measures, which are paramount for our Airline, and I am happy we found a robust yet cost-effective solution” – adds Emile Khasanshin, SWW’s VP Global Cargo Logistics.

Silkway West Airlines operates a global cargo network connecting more than 45 online destinations on a scheduled basis via its global hub in Baku. The Airline operates a 15 aircraft strong Boeing 747 full-freighter fleet across its growing network. 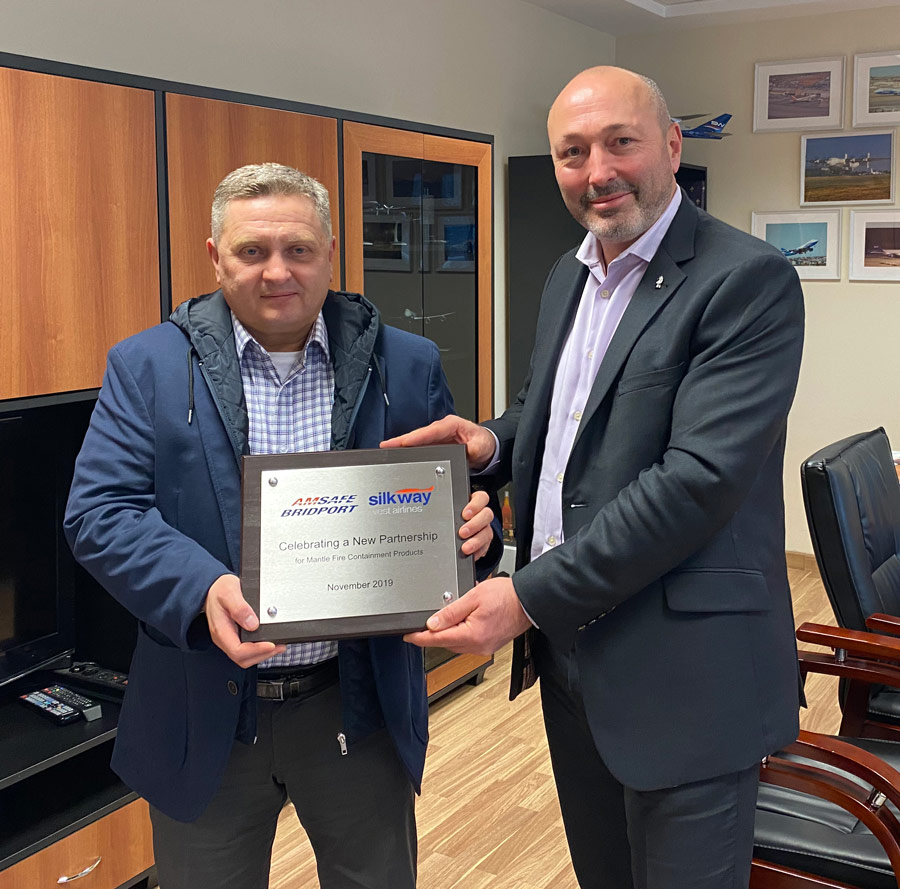 Jason Abbott, President, AmSafe Bridport, said “The industry has witnessed recent incidents where two main carriers effectively contained Lithium-ion cargo fires with Mantle fire containment covers. Ultimately our FCC products reduce risk, improve safety and more importantly save lives. We are delighted that Silk Way West Airlines have made the decision to use our FCC products and set a benchmark in the industry for transporting cargo and people safely.”

By reducing risk and improving safety, Mantle provides airlines with the opportunity to carry Li-Ion batteries. This then effectively creates a greater scope of possibilities for carriers and manufacturers across the globe to increase business. With Mantle, AmSafe Bridport is the first company to achieve TSO certification C203 for Type 1 FCCs and now look to establish their position as the number one FCC manufacturer and provider.

“Airlines and carriers, such as Silk Way West, are investing in FCC solutions like Mantle to provide a greater opportunity to expand existing contracts as well as opening doors with new business, especially with Lithium-ion based products” Jon Powell, Sales & Marketing Director AmSafe Bridport

*(In 2018 AmSafe Bridport successfully tested its Mantle fire container cover on an AKE Container with 2000 batteries, 2L Ethanol and Class A material. It was followed by the world’s biggest successful Li-Ion test of 5400 batteries inside an AMJ container, again with a Mantle Container Cover). 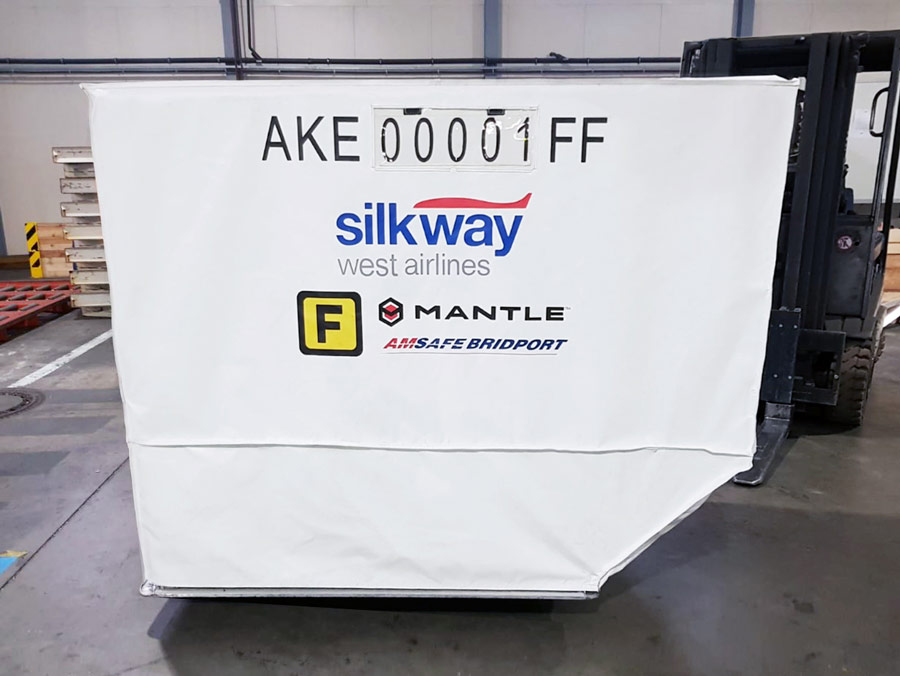 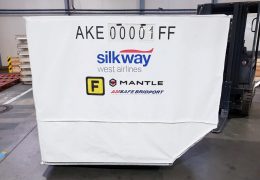