Have you got it Covered, Week 8

The Performance Qualification part of the validation exercise involved a dynamic transport test measuring representative pallets of material during conveyance over a demanding return freight route involving a number of steps and a range of typical, but not extreme, environmental stresses.

Decisions that had to be made when selecting the route included the length and duration of the route together with the coolchain facilities, the number of transit steps, the logistics suppliers, the mode of flight, the shipping and airport coolchain facililties, the potential impact of delays and the anticipated weather conditions.

Performance Measurement
The decision as to what needed to be measured, and how, were fundamentals of the validation design. Three dataloggers per pallet were placed inside carton boxes and a further datalogger was placed on top of the cargo outside the cover to measure external temperature.

the designated pallet configuration and the location of the thermal sensors in the corners of the pallet, regarded as the most sensitive place to temperature excursions during shipment. The sensors used were calibrated model EBI 300 / EBI 310 loggers from EBRO. The test was conducted with standard Euro pallets loaded with a total of 32 boxes in 4 layers. The boxes were made of double-walled corrugated board and each of these contained three 1.5 litre plastic bottles of water representing a typical medium mass pharma product. The air/water ratio of each pallet was approximately 80%. The pallet was consolidated on the pallet with standard plastic strapping.

Two versions of Tyvek® were tested. One of these was the standard (uncoated) ‘WW’ Tyvek® cover, normally used for the protection of perishable foods and flowers. The other was the internally silver-coated Tyvek® ‘’WS’ version, normally used for high-value pharmaceutical products. A control pallet of identical size and content was included and this was covered with a clear stretchwrap film.

The test run was designed to illustrate the performance of the covers as part of a coolchain system under typical real-life conditions. In this case there were no out-of-theordinary extremes of temperature, there were no undue tarmac delays and there was little exposure to solar radiation. Nonetheless, the PQ was an unqualified success. The Tyvek® covers performed exactly as expected and demonstrated a consistent and significant improvement over conventional wrapping materials. 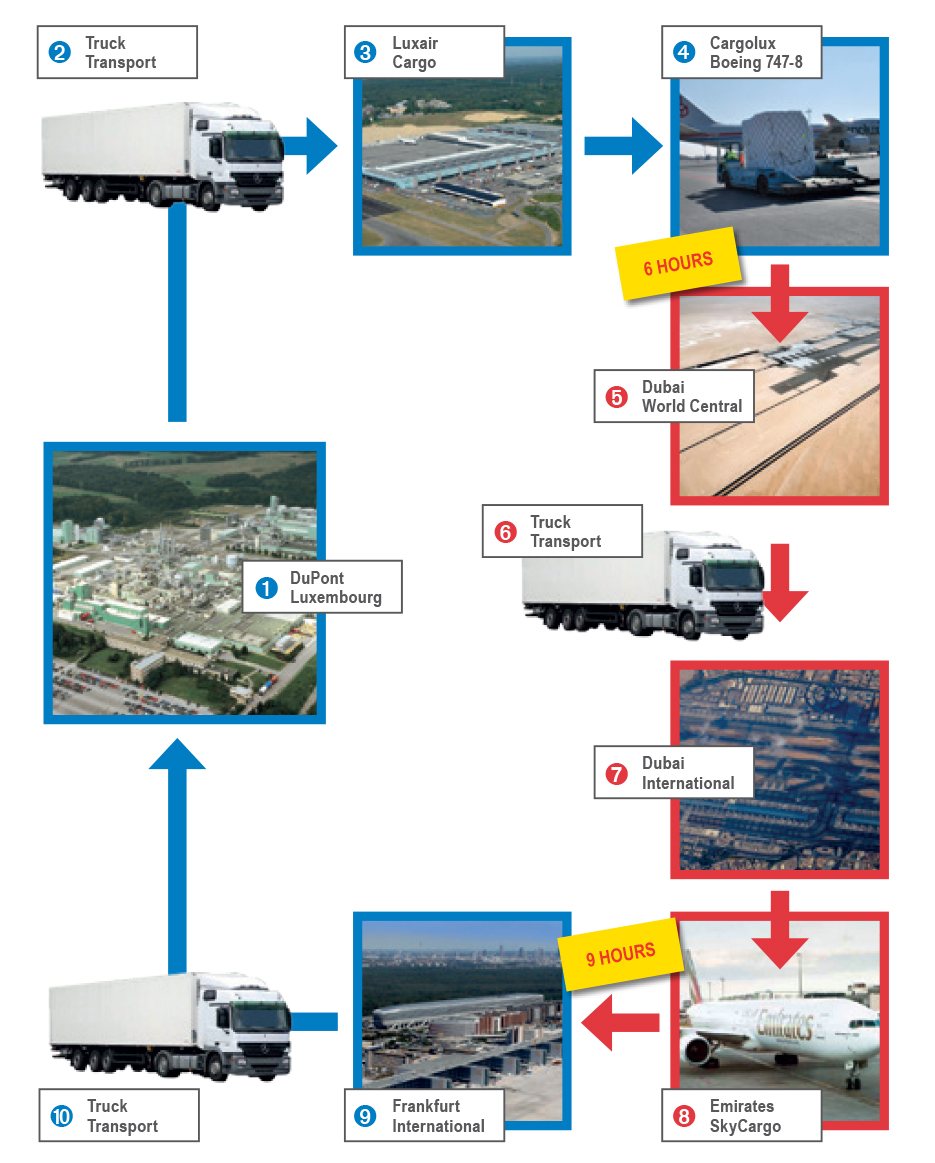 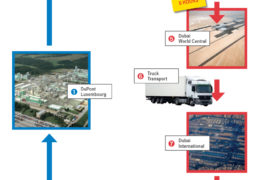