Tarian® is a highly effective solution for protection against RPGs and also the world’s lightest. Developed in close collaboration with the UK Ministry of Defence (MOD), the Tarian® system has been extensively tested – including over 750 live shots – in the UK, France and the USA. This testing verified Tarian’s high level of performance and multi-hit capability. Tarian® was launched in 2009 and it is now fitted to a variety of British military vehicles, including those in service in Afghanistan, following a £10.6M order from the MOD in 2012.

Ian Kentfield, President of AmSafe Bridport Ltd, said:
“AmSafe Bridport is delighted to appoint UMO as our representative in Poland. UMO is superbly placed to help us explore opportunities in the Polish market and Tarian® fits in extremely well with the other products and services UMO offers”

Arkadiusz Szuba, CEO at UMO, commented:
“UMO is very excited to be working alongside AmSafe Bridport to offer Tarian’s innovative technology to our Polish defence and security forces. We look forward to a fruitful future together.”

About UMO:
UMO was established in 1997 in response to the rapid development of the Polish Armed Forces and Polish Government Agencies, combined with Poland’s growing requirement for advanced military and police technologies. The company quickly rose to become one of the market leaders for specialised military hardware. UMO’s primary market focus is the Polish Special Operations Command and Special Police Units. 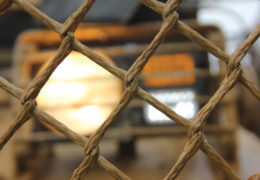