AmSafe Bridport® Ltd, the leading provider of engineered restraint systems to the aviation, defence and specialty vehicle markets, today announced the award from Boeing of a contract valued at approximately $45 million. Under this new contract, AmSafe Bridport will supply barrier nets for the new KC-46A aerial refuelling tanker aircraft, recently selected by the United States Air Force to replace the older KC-135 Stratotanker.

AmSafe Bridport will supply a 9g Barrier Net and stationary and movable Smoke Barriers specifically designed for the KC-46A tanker aircraft. The deliveries are expected to commence in 2015 in support of the USAF requirement for 179 Boeing aircraft. The potential value of the contract, including support, is expected to be worth in excess of $45M over the program life.

“We are proud to be part of Boeing’s team supporting the United States Air Force’s new tanker aircraft program”, said Neal McKeever, vice president of defence for AmSafe Bridport. “Our unique capabilities in the design and manufacture of barrier restraints provide Boeing and the Air Force a low risk, high value solution for the KC-46A program.”

AmSafe Bridport designs and manufacturers barrier nets for aircraft OEMs worldwide and is currently a leading provider of barrier nets for commercial airlines. The structure of the net is specific to an airframe and the barrier net is designed to restrain a shifting cargo load from penetrating the crew section of the main deck. The AmSafe Bridport Barrier Net can accommodate an aircraft’s maximum cargo payload under forward movement conditions of 9g’s. The AmSafe Bridport Smoke Barrier performs as a blockade between the cargo and crew, preventing smoke or flames from entering into the passenger cabin and flight deck areas of the aircraft. The stationary version of the smoke barrier fits across the fuselage section; the movable version can be fitted in a number of different positions within the cabin to accommodate different mixes of cargo and crew/passengers.

AmSafe Bridport Ltd is headquartered in Bridport, Dorset, UK and has subsidiaries in the United States of America and Sri Lanka. At its Bridport UK facility AmSafe Bridport designs and manufactures cargo handling and airframe products for both commercial aviation and defence; provides MRO services for airframe products; and designs and manufactures RPG protection systems for use by the military. 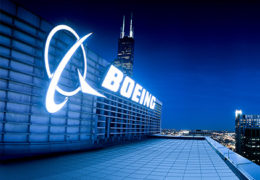